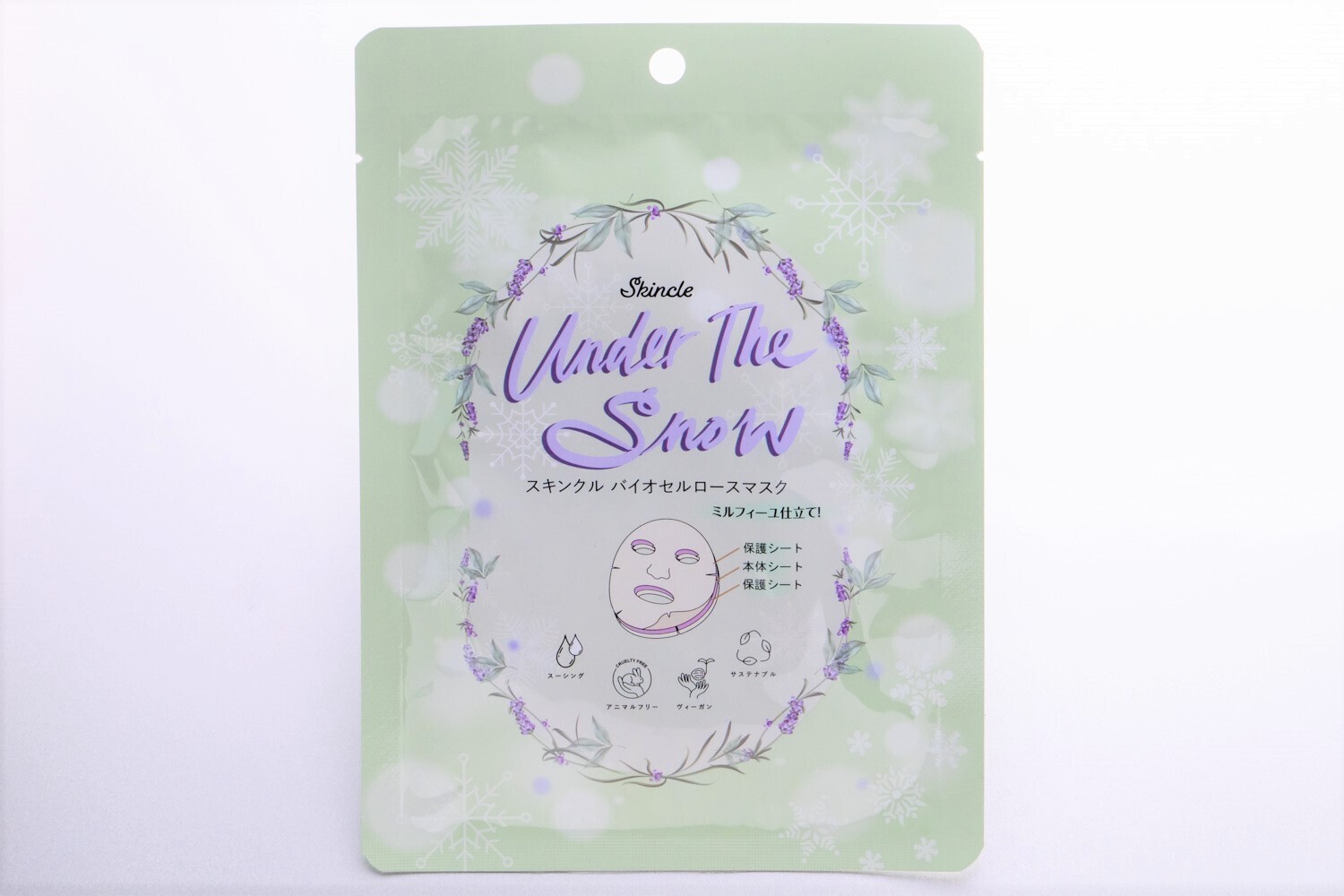 Bio-cellulose is neither paper nor non-woven fabric, it is not a normal face mask material.
An organic material mask that keeps your face moisturized for 20 to 30 minutes.

It is thin, strong, and has water retention, and adheres to the skin as if it were absorbing.

Moisturizing ingredients are delivered to the depths of keratin and moisturize dry skin. 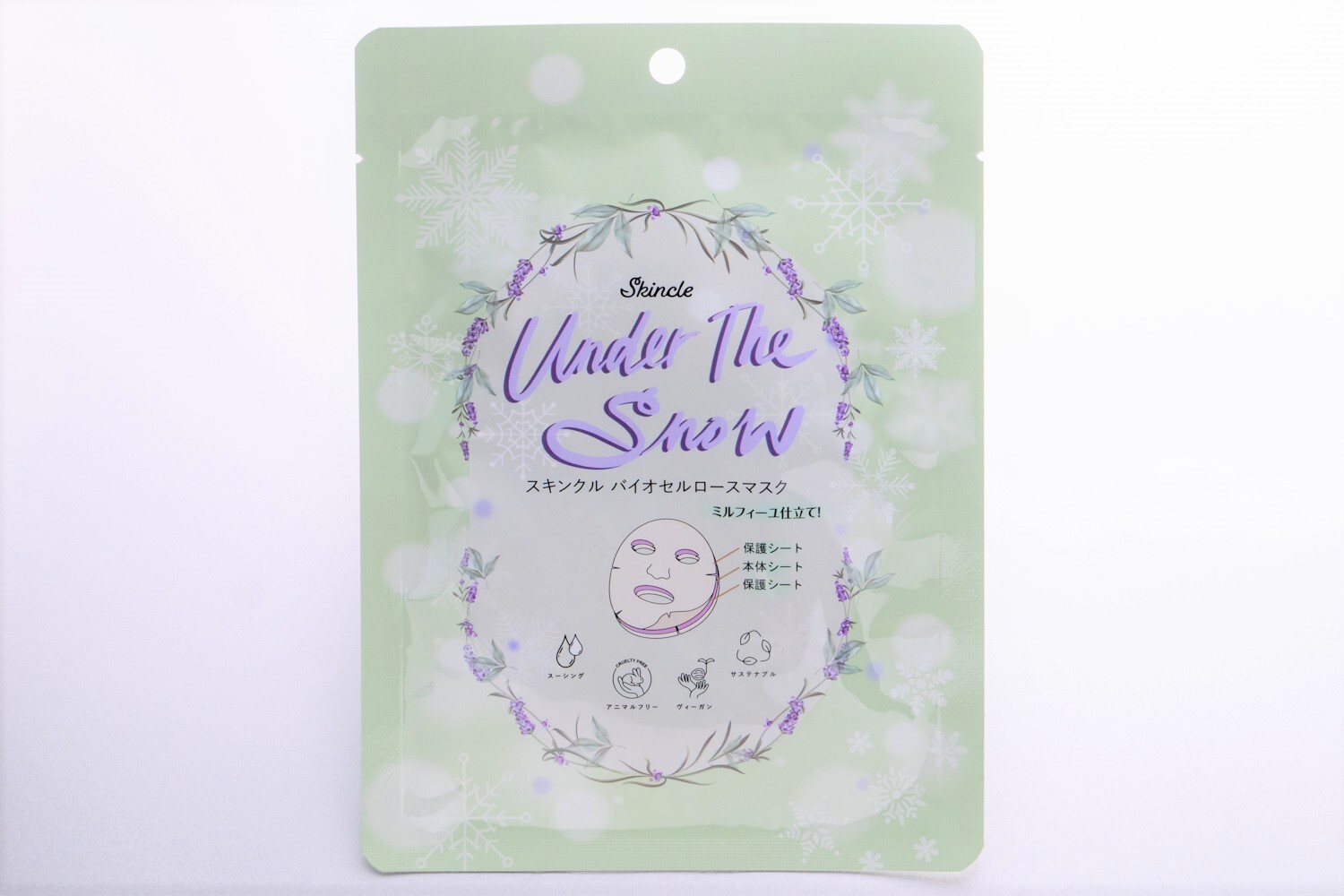 The bio-cellulose mask has a 3-layer structure.
Remove the top and bottom sheets to use.

The large-capacity serum is 35ml, the highest standard for face masks. 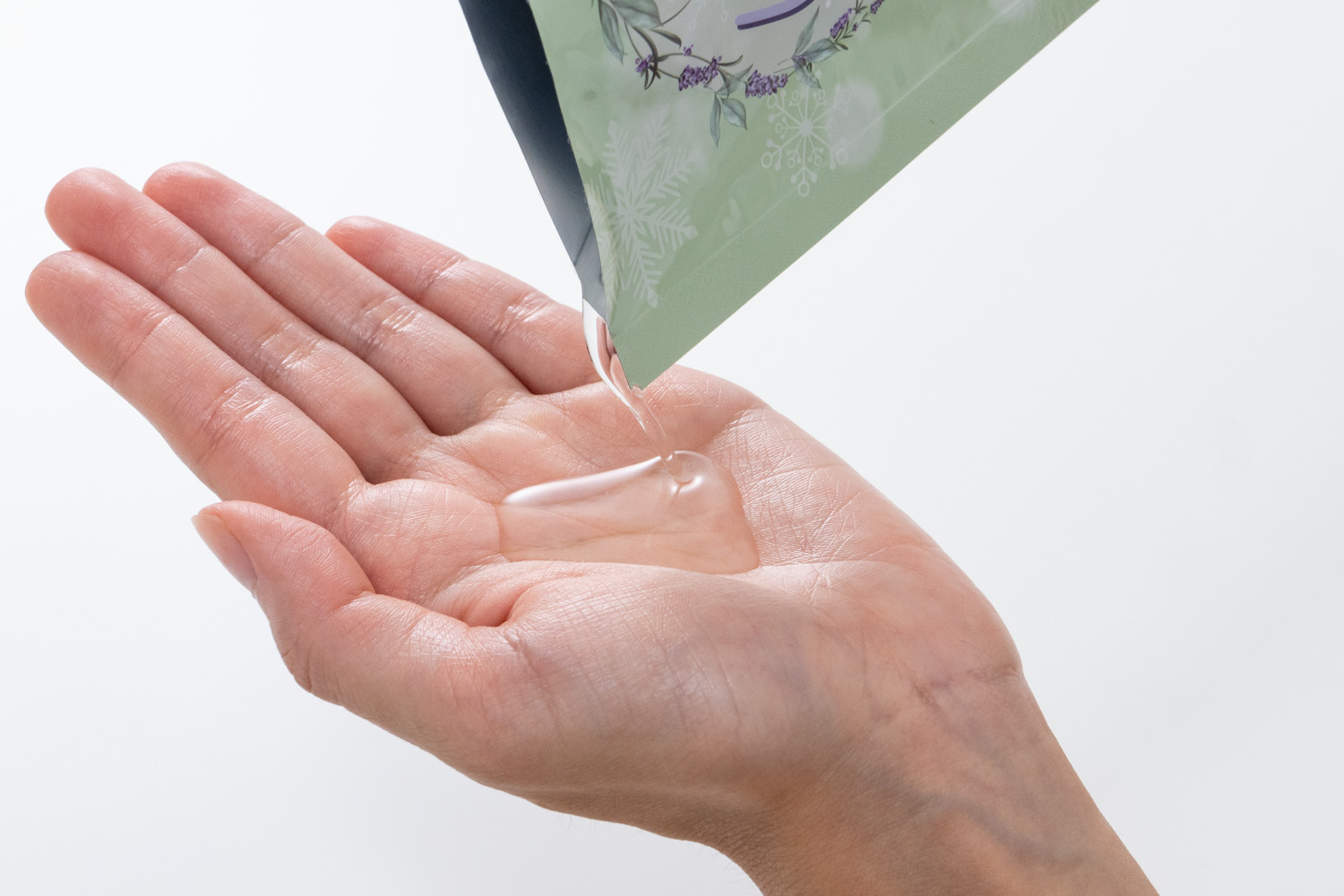 The shape of the large face mask is Under the snow original. 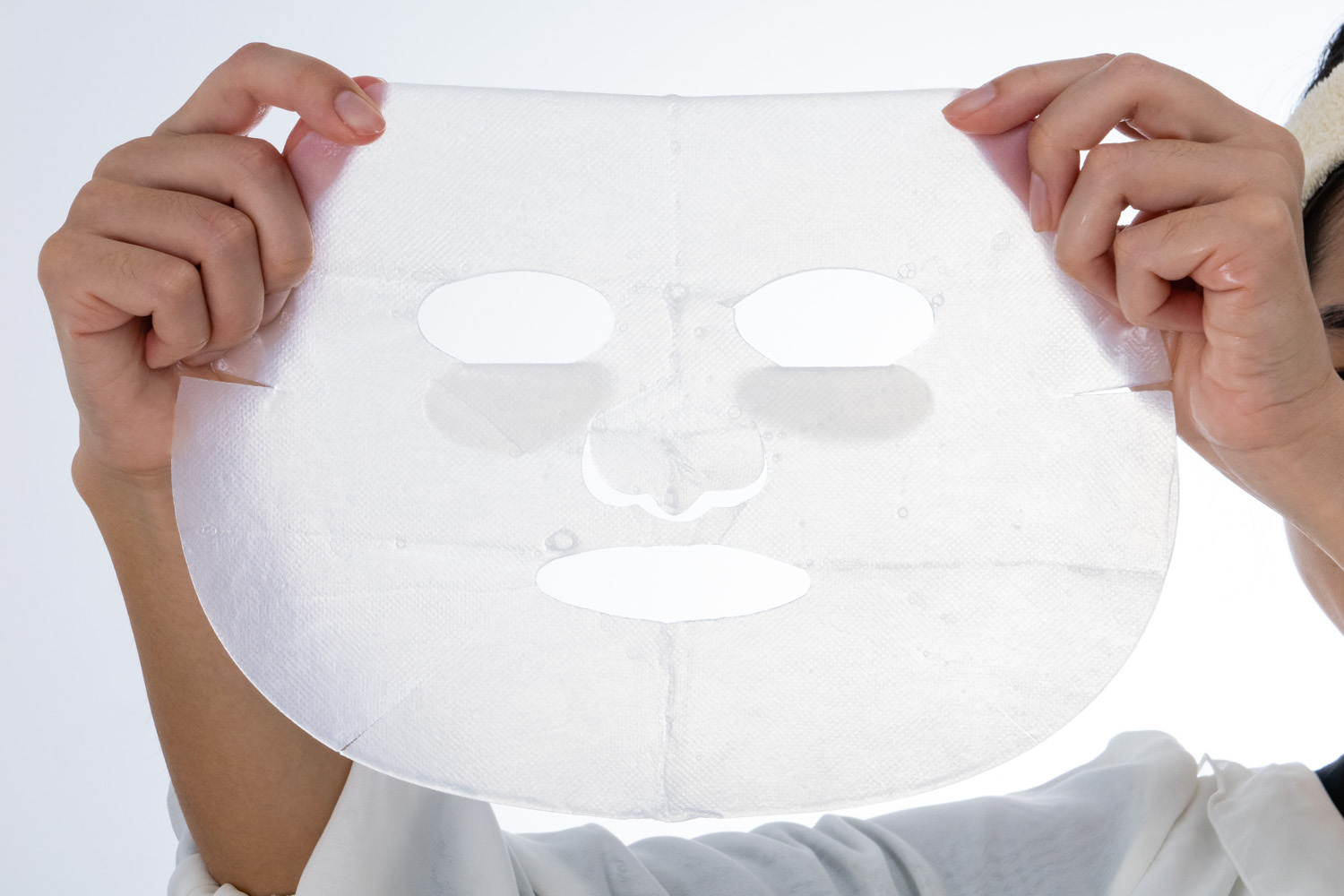 ・Four notches that fit easily on the face
・Large enough to cover the forehead, chin, and near the ears
・It is possible to close the eyelids as a mask, and it is also possible to use it with the eyes open.
・Shape that covers up to the tip of the nose 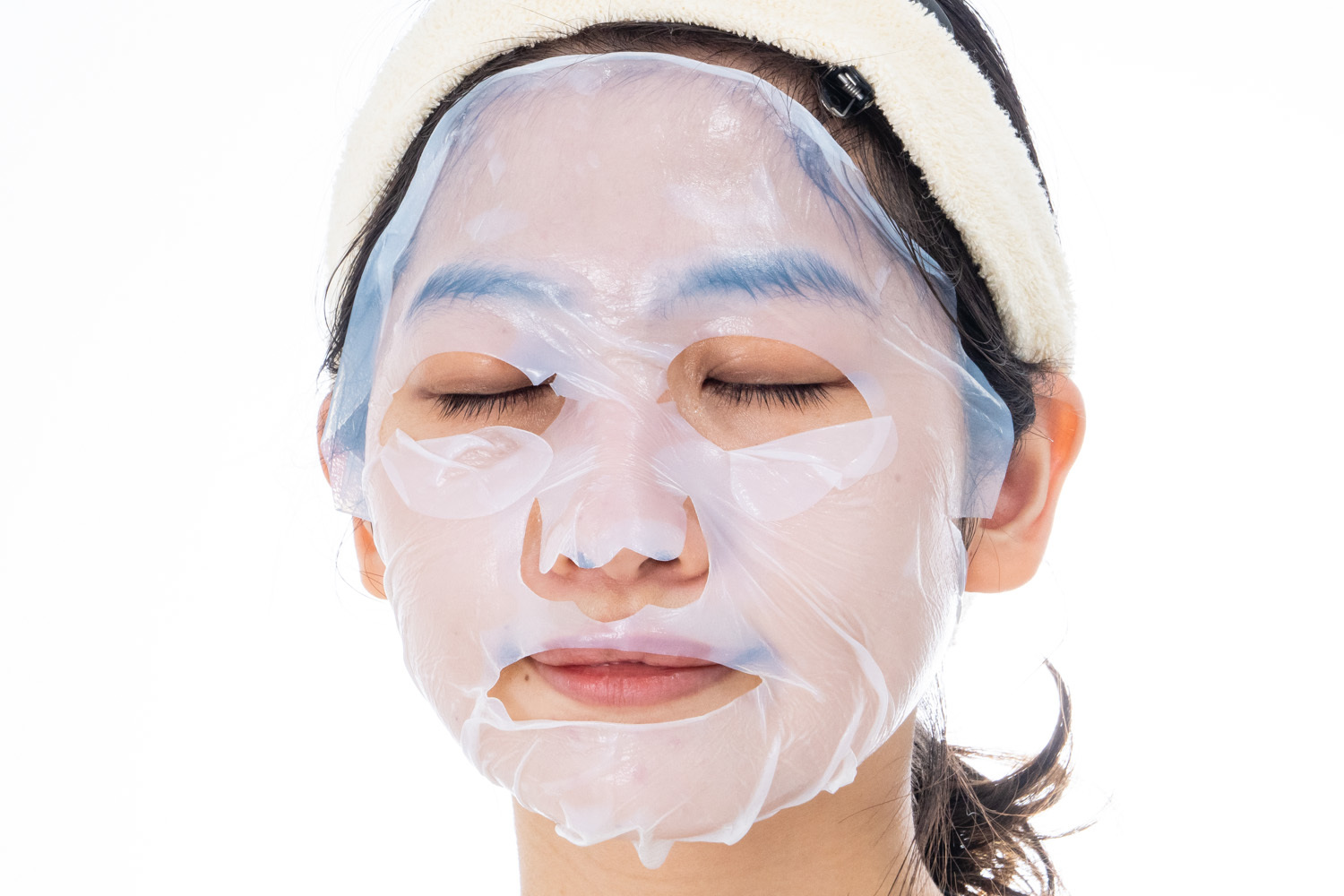 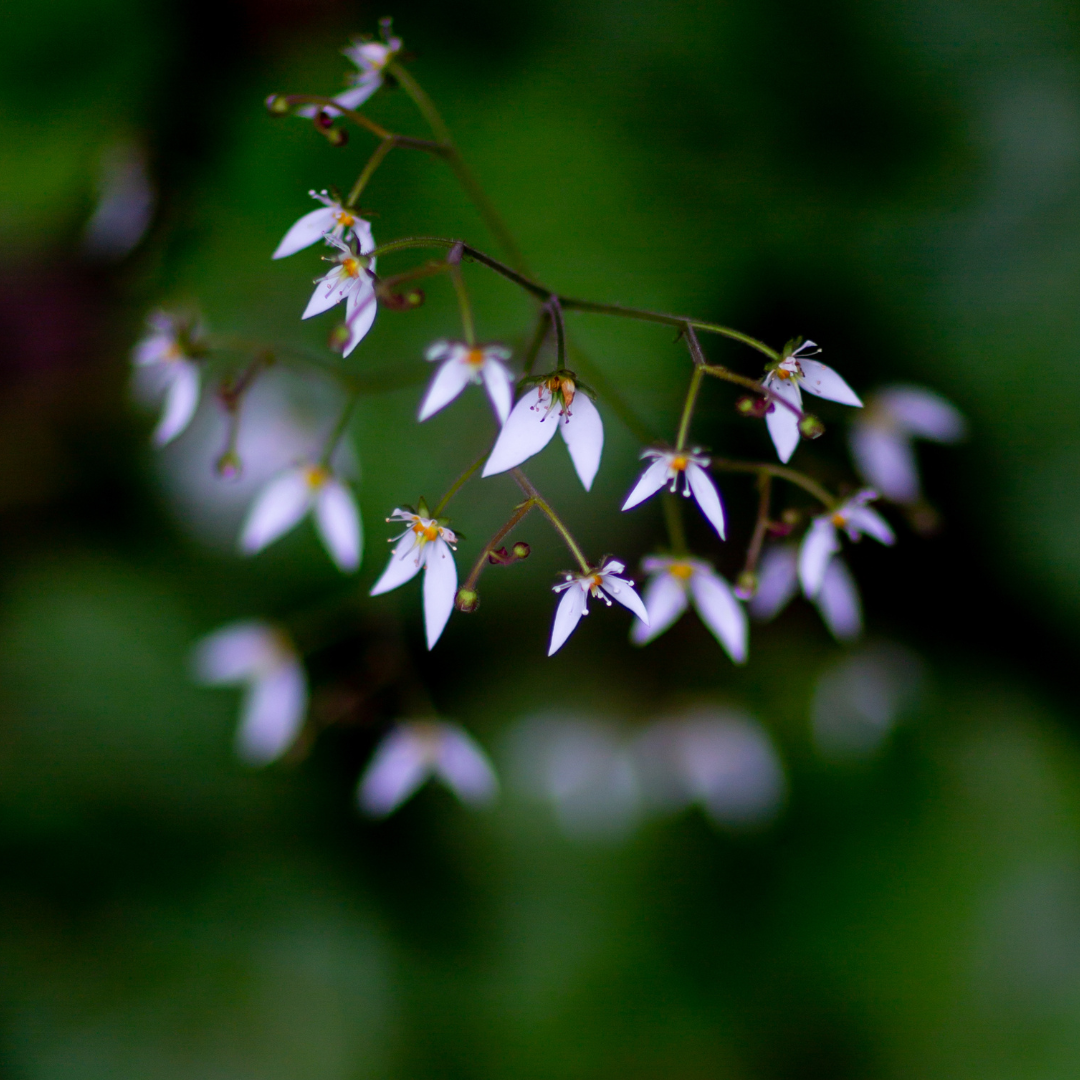 Yukinoshita means Under the snow in Japanese.

Yukinoshita (under the snow) is native to Japan and China, and in Japan

It is wild in the moist rocky soil of mountains such as Shikoku and Nagano Prefecture, and is also used for ornamental purposes.

It is widely cultivated in gardens.

Yukinoshita's main use in addition to cosmetics is known in Japan and China for its antipyretic, detoxifying, and anti-inflammatory effects, and it has long been used in traditional medicine for fever, eczema, and urticaria, and fresh leaf juice is applied to acne and swelling.

It is known that it has been used by compresses with decoctions.

It has the effect of suppressing histamine, which is one of the causes

of allergies, It can be expected to be anti-allergic 。

Ceramide is famous as an effective presence to enhance the

barrier function of the stratum corneum.

Yukinoshita extract is thought to have the effect of promoting

the synthesis of this ceramide.

As a result of verification, it has been found that Yukinoshita extract has a pigmentation inhibitory effect by suppressing melanin production. 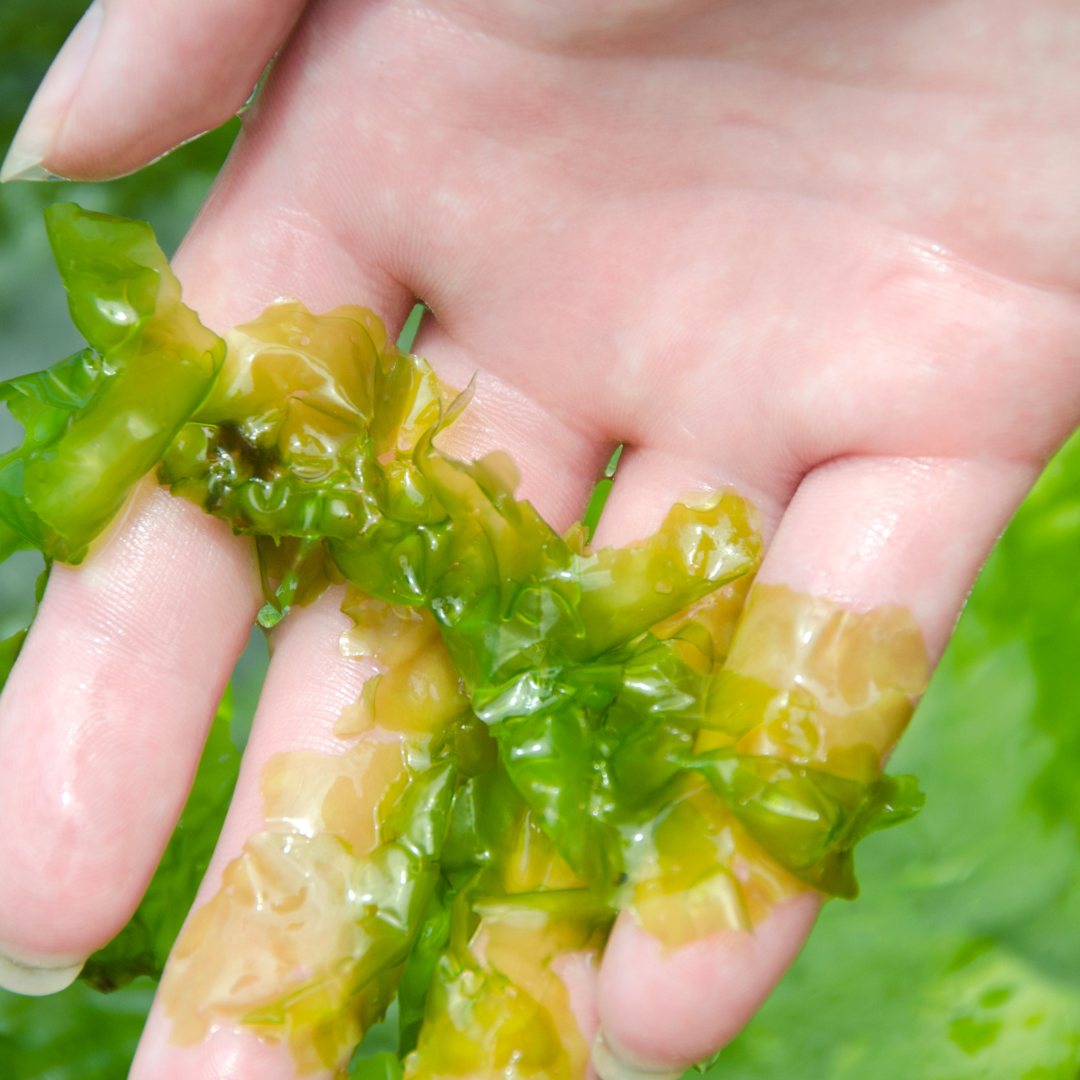 It is a natural polymer polysaccharide extracted from the algae "Suizenjinori" that lives in the clean spring water that springs up as underground water in Aso.

Suizenjinori is a valuable plant that can only live in special water bodies with clean water and a gentle current. It was named after Sacran (Sacran) after the scientific name of the sacrum (Sacrum) "Aphanothece sacrum". In the Edo period, it was considered a tribute to the shogunate, and is also prized as a high-class food.

from "Suizenjinori" from Kumamoto and

・ Water retention capacity about 10 times that

・ Barrier function to protect the skin from external stimuli 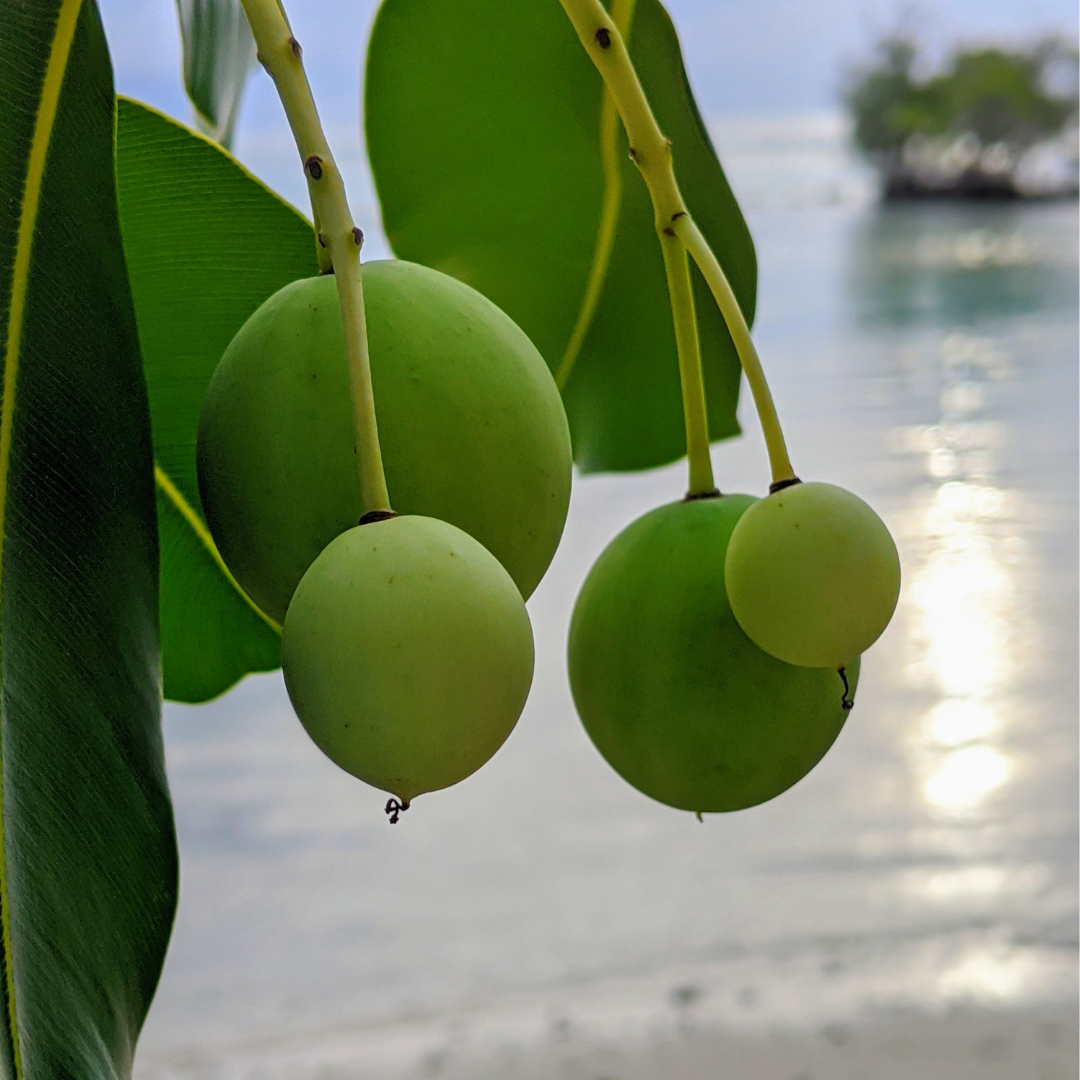 On the islands of the Pacific Ocean, it has long been widely used as a traditional medicine for skin conditions such as acne, dry skin, eczema, insect bites, cuts, abrasions, and burns, and in recent years it has become increasingly popular for beauty.

Scientific research on efficacy has been conducted since the 1930s, and in addition to antioxidant effects due to vitamin E and xanthones, anti-inflammatory effects such as carophyllorides, antibacterial and anti-ultraviolet effects have been reported in oil.

In particular, vitamin E has an antioxidant activity about 50 times higher than that of general tocopherols.

It is rich in tocotrienols, also called supervitamin E.

We found Gigawhite from the center of the Swiss plateau.

At the time, 100 plants had been collected and surveyed from the mountains of Switzerland.

ALPAFLOR®GIGAWHITE is an all natural and complete organic brightener with proven efficacy.

Brightens skin with 7 kinds of plants.

It is a raw material composed of the following plants.

1）Mallow flower/leaf/stem extract...Habitat at an altitude of 1,000 m

3）Primrose flower extract...Habitat at an altitude of 800m

5）Veronica officinalis flower/leaf/stem extract...Habitat at an altitude of 1,200m

7）Yarrow flower/leaf/stem extract...Lives at an altitude of 1,500 m

This raw material has obtained many certifications and is highly reliable. Because it is of plant origin, it has a gentle whitening power on the skin

It attracts attention as a component, and can also be expected to play a role in reducing the color and size of spots by suppressing tyrosinase axis, which causes age spots, and stopping melanin production.

Giga white, which combines the power of plants collecin the high mountains of

the Swiss Alps, has been recognized by recent studies to exert the ability to

increase the shine and transparency of the inner layers of the skin.

Because it is of plant origin, it has a gentle whitening power on the skin it

reducing the color and size of sports by suppressing tyrosinase axis, which 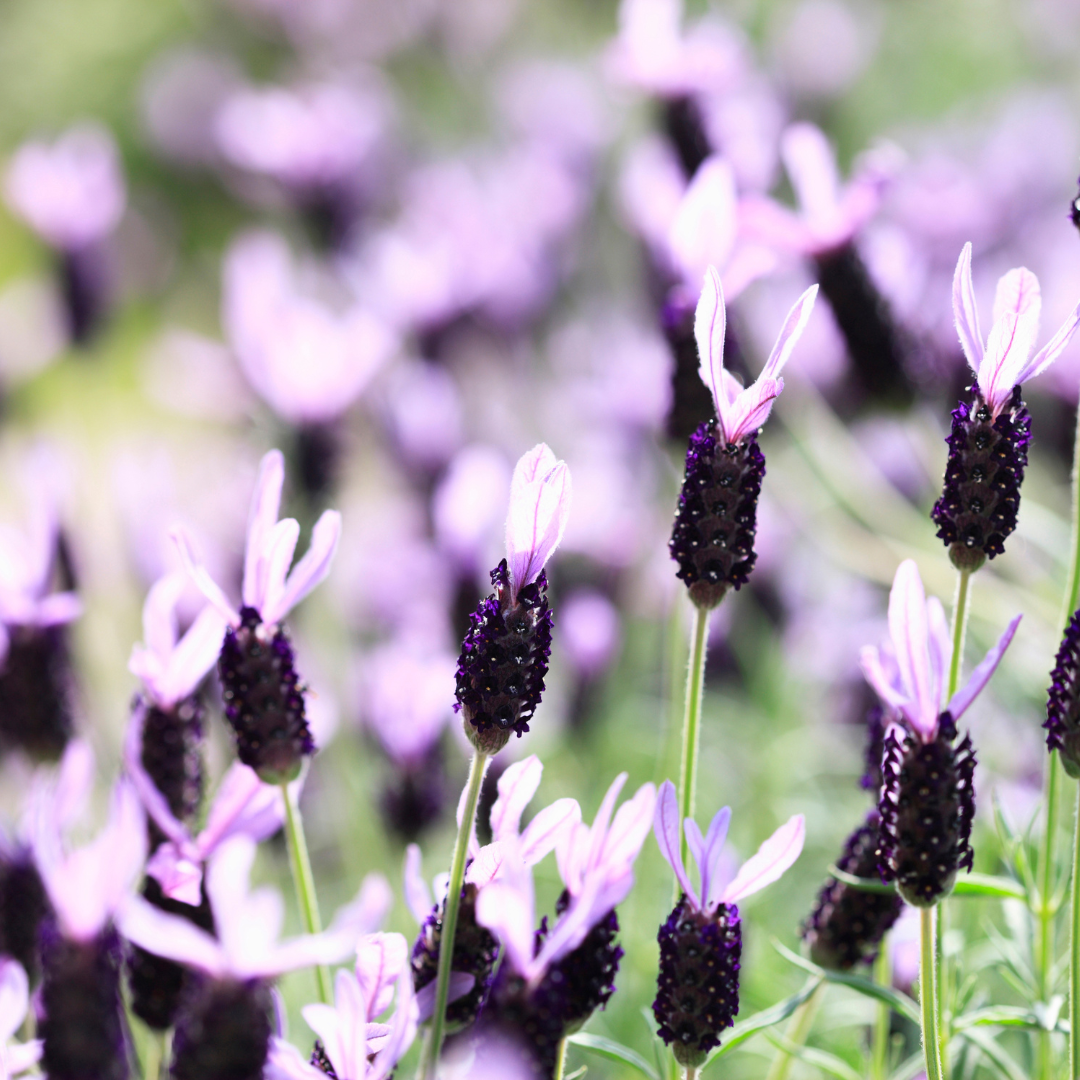 French lavender extract can be expected to have a soothing effect on the skin.

Lavender is particularly fast-acting, and clinical trials have shown that it is effective 10 minutes after treatment.

Under the snow guarantees safety and quality. 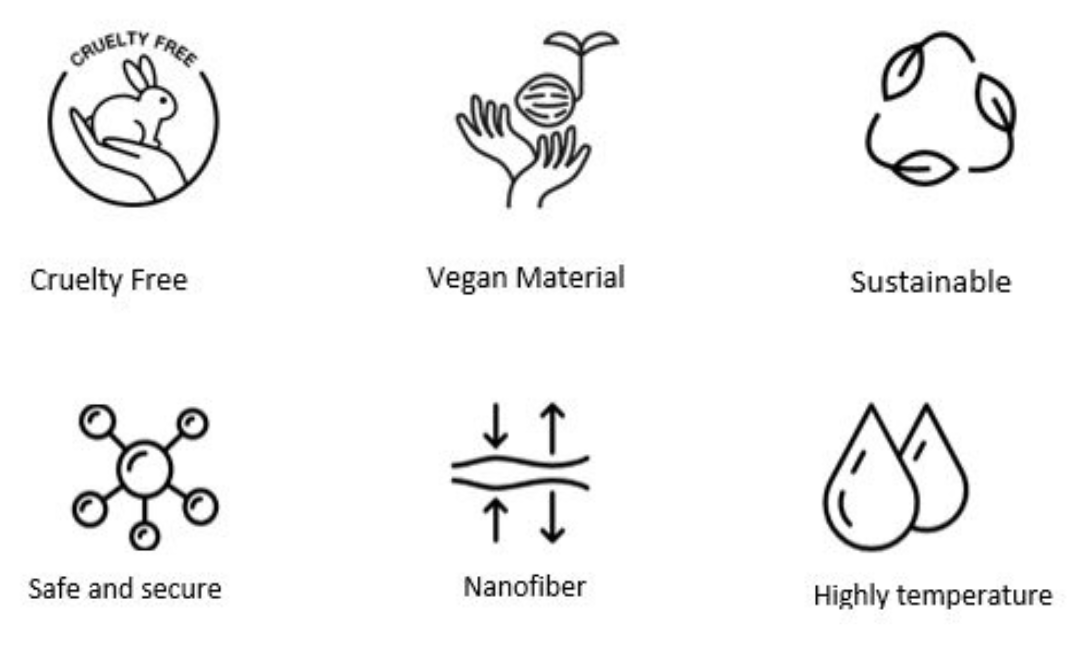 Save this product for later
Display prices in: JPY